Dollar woes and the boost of a Macron-Merkel axis have rejuvenated the single currency.

The euro may be about to challenge the dollar as dominant reserve currency once again. Normally with macroeconomic trends, a year is a short amount of time but, in this case, it has been more than enough for the relative strategic status of the euro versus the US dollar to reverse.

When Donald Trump was elected in 2016 as the new US president, his “economic promise” was a form of neo-mercantilism that had the potential, if fulfilled, to push up the value of the dollar to new levels. Trump’s agenda was aimed at boosting US structural economic growth while at the same time reducing the US trade deficit.

This remarkable two-pronged drive was going to be made possible by large investments in infrastructure and far-reaching tax reform, coupled with a highly protectionist trade policy. Yet Trump’s grand plan has petered out.

The ambitions failed to overcome the reality of budget constraints and political divisions. Apart from leaving the Trans-Pacific Partnership (TPP), the US administration has not been able to even start delivering on its threats to become more protectionist and the US trade deficit has kept creeping up. The Trump administration has shown more bark than bite.

At the same time, the eurozone’s political future was being put in doubt once again by the wave of populism sweeping through member states. Shortly after the UK had just decided through a referendum to exit the EU, the upcoming French presidential elections appeared open to a nationalist candidate vowing to make the second-largest economy in the eurozone dump the currency and revert to the French franc. What 2017 delivered turned out to be as far as can be from this scenario.

Geert Wilders’ nationalist party was crushingly defeated in the Dutch general election and the French people elected an explicitly pro-European reformist, Emmanuel Macron, as their new president. This turn of events, in fact, presents an opportunity of historic proportions for the eurozone. Germany had been looking increasingly isolated in its efforts to lead eurozone partners towards fiscal discipline. With both the US and the UK radically rejecting Germany’s vision of the European construction, Germany may have been isolated even further.

With the election of Macron, however, Germany can at last turn to another European leader who shares its vision of economic convergence (as set out in the Harz reforms that constituted the blueprint for Macron’s transformation agenda to boost France’s economic efficiency).

It will certainly take a few more months for Macron to fully reassure Germans that this time is for real, and that street protests will not derail the reform agenda voted for by a very large parliamentary majority.

At the same time, Angela Merkel will be more comfortable discussing a European budget, and eurobonds, once the general elections are behind her.

However, the boost of a potential Macron-Merkel axis has already rejuvenated the euro’s standing internationally. Much like when the single currency was first launched, it is increasingly pressing its claim as a rival reserve currency as foreign investors, both private and public, move capital into the eurozone.

This inflection point is of massive importance for currencies because while the US trade deficit keeps growing, the eurozone’s current account surplus cruises over 3 per cent of GDP. An era of sustained performance of the single currency may well open up, if the Franco-German axis proves able to deliver on its historic opportunity to cure the eurozone from its existential doubts.

Unsurprisingly, the slippage in the clout of the US political model is also benefiting China. The US exit from the TPP can be looked at as the symbolic go-ahead to China’s regional and global ambition. Again, as the US seems to be turning its back, Asian countries will no doubt be listening to China’s offer of a closer relationship. The Asian Infrastructure Investment bank, the “One Belt, One Road” project and the ambition to establish their own reserve currency, the renminbi, are all being given a boost by the US attitude.

Last but not least, the assault on the dollar’s geopolitical status is also a boon for gold, the ultimate reserve currency, whose price is now breaking out from the declining trend it started after its 2011 peak. In conclusion, technical factors aside, the strength of the euro is both a reflection of the weakening of the US currency and of the new hopes that Europe can convincingly turn the corner after six years of existential threat. Nothing is written in stone: the US could suddenly do a U-turn in its vision and the challenge of bringing Europe together might prove beyond the reach of France and Germany’s reinvigorated efforts. However, the opportunity is there to be seized. The euro’s option value is great. 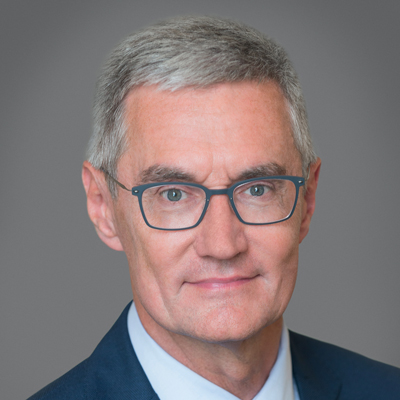 Are you sure you want to leave this page?

Your subscription preferences have not been saved. You must click "Save" to save your changes.